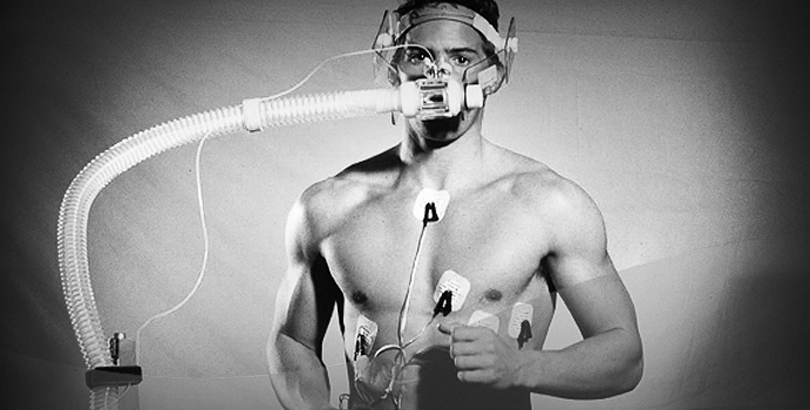 What is VO2 and VO2Max

VO2 (or oxygen consumption) is a measure of the volume of oxygen that is used by your body to convert the energy from the food you eat into the energy molecules, called adenosine triphosphate (ATP), that your body uses at the cellular level. VO2Max (or maximal oxygen consumption) is simply the maximum possible VO2 that a given person can achieve. Therefore, by definition, a VO2Max measurement is ultimately a measure of your cardiorespiratory fitness level. The V in VO2 stands for volume, and in fact it is usually displayed in technical texts with a dot above it to indicate that it represents not just a volume, but a volume rate (i.e. a volume per unit of time). The O2 in VO2 is the chemical formula for oxygen in its most stable form, the form that is found in the air we breathe. During aerobic/endurance exercise, as your exercise intensity increases, so does your VO2. If you continue to increase your exercise intensity you will eventually reach a point of maximal exertion (i.e. you cannot work any harder than you already are). Your VO2 at this stage of maximal exertion is called your maximal oxygen consumption (VO2Max).

How is VO2Max Measured?

What are Normal VO2Max Values?

The table below displays standard VO2Max classification ranges for both men and women.